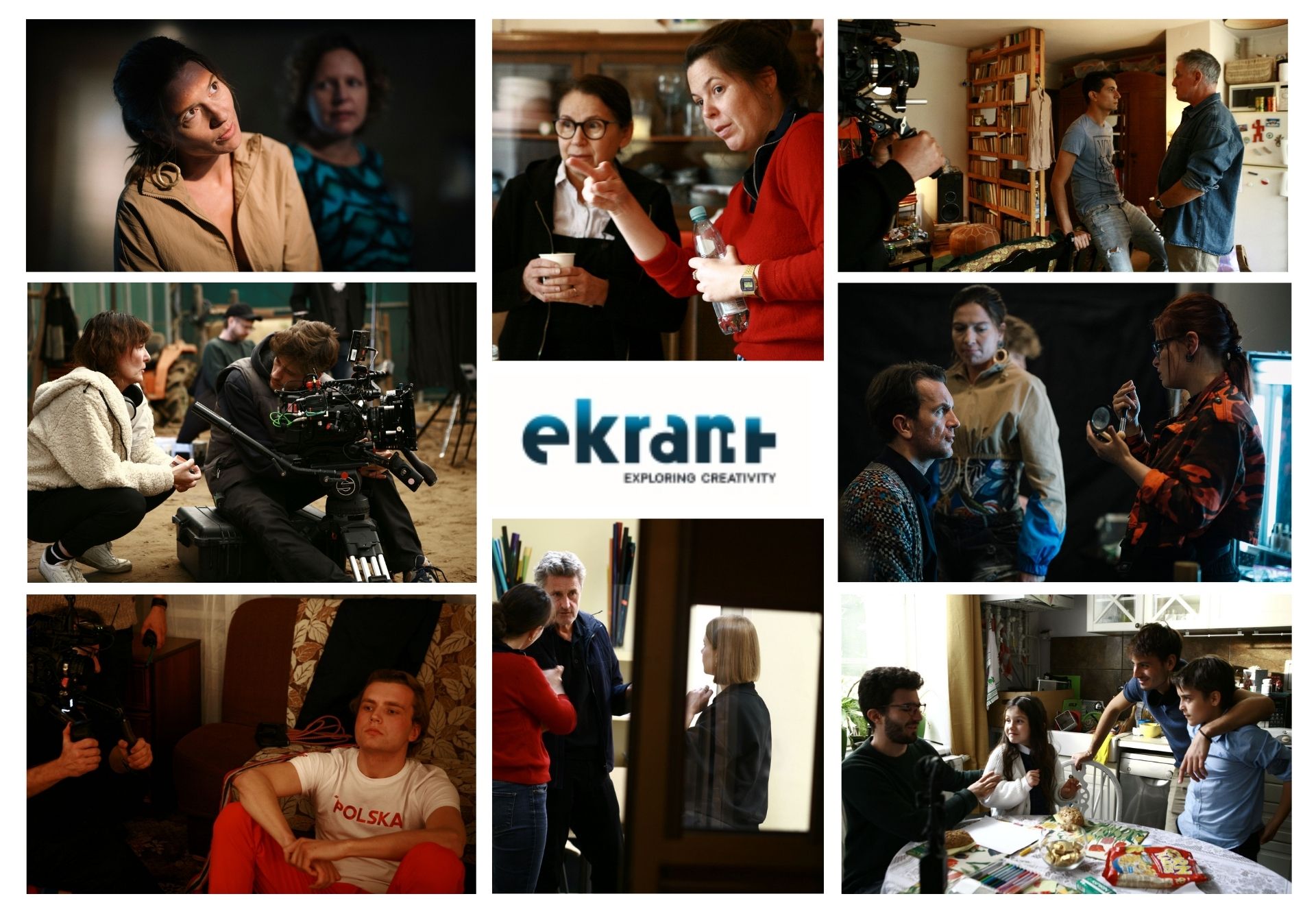 The third EKRAN+ 2021 session took place between 27 September – 5 October. The session was focused on scripts/treatments development and production of the scenes from the participants’ projects. This time the directors had a chance to work with a director of photography and actors from their native country. Keep reading!

The topic of the session focused on the quality of the collaboration of the director with other film professionals: screenwriter, cinematographer, producer, actors, casting director, set designer, prop masters, sound engineer and editor.

The programme of the third session combined the lectures held by our tutors, scenes analysis and script consultations, location scouting, rehearsals, shooting and editing.

In specially prepared for EKRAN+ online lecture “On working with actors” by Volker Schlöndorff, we had an opportunity to learn how to cooperate with the actors while Ildiko Enyedi in her lecture „Inspiration in film” walked us through the process of searching for imagining tools to create the desired atmosphere in the film.

Before the shooting started participants and EKRAN+ tutors: Ildiko Enyedi, Paweł Pawlikowski and Denijal Hasanovic, carefully analysed all the scenes. After that, the participants had been given some time to re-write them in order to present them at the second individual scene consultancy with shooting supervising tutors.

The main shooting was proceeded by visiting the locations together with supervising tutors, DOPs, set designers and set managers, as well as by all the pre-production activities such as second location scouting, rehearsals with actors, costumes’ try-ons, storyboard drawing.

After few intensive days, we were finally ready to start shooting. The production of 9 scenes lasted 3 days. Each team had one day for shooting and one day for editing at their disposal. With the support of such strong teams we’ve managed to film everything on time.

Watch the photos from the produced scenes

The third session ended up with screening and analysing of the produced scenes.

The third session is over, but we haven’t finished the programme yet. See you in December during the follow-up session!

Special thanks go out to our great tutors who shared their knowledge and experience with us: Wojciech Marczewski, Volker Schlöndorff, Ildiko Enyedi, Paweł Pawlikowski, Denijal Hasanovic, Witold Stok – it was an honour to work with you.

Also many thanks to our script consultants Margaret Glover, Pierre Agthe, Marilyn Milgrom, and Antoine Jaccoud.

Thanks to all the Teams for your enthusiasm, open minds and creativity and all film crews for help in search for visualisation of participants’ future films.

Last but not least thanks to our Partners.